John How was definitely a pioneer in fact as well as spirit.  Although we don’t know exactly when he came to this continent from his native England, it must have been in the 1630’s. He was part of what is known as the Great Migration, when 20,000 immigrants, mostly English Puritans, flooded the Massachusetts Bay Colony. In the first decades after the Mayflower arrived, emigrants  created new communities–35 in the first ten years– across what is now New England.

John How probably  lived briefly in Watertown, Massachusetts, but he first shows up in public records as one of the 54 men who started Sudbury in 1637. 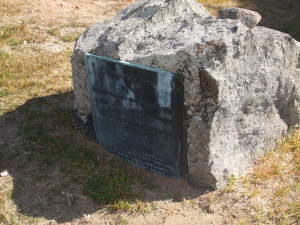 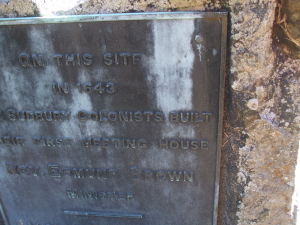 It was there John first became a Freeman and was elected a selection in 1642.

But the families there soon wanted more land and John was one of 12 who pushed into the wilderness to found Marlborough. In 1661, at the age of 59, he opened a tavern, or ordinary.

This was the start of a long line of Howe tavern keepers, both in Marlborough and in Sudbury, where John’s son Samuel moved.

Even my grandmother, John Howe’s 6th great-grand daughter, ran a bar-restaurant, as you can see at the top of this page.

So it was fitting that a group of descendants of Vera Stout Anderson and John Howe gathered at Longfellow’s Wayside Inn, formerly known as Howe’s Tavern.  Here in front of the Martha and Mary Chapel, added by Henry Ford (more later about how Henry gets into this story), we snapped pictures of representatives of four generations. 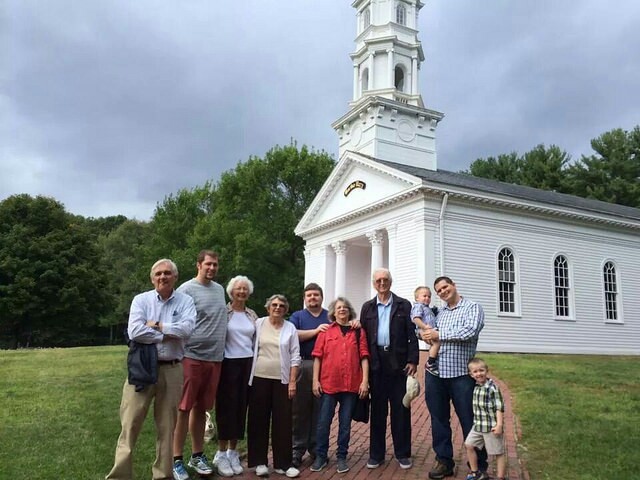 As Ancient Is This Hostelry: The Story of the Wayside Inn, by Curtis F. Garfield and Alison R. Ridley(1988)
A History of Longfellow’s Wayside Inn by Brian E. Plumb (2011)
Howe Genealogies by Daniel Wait Howe (1929), Massachusetts Historical and Genealogical Society. This is said to be the best of the several genealogies of the family. Although I do not have a copy of the entire book, portions of it are available on the Internet.
Middlesex County records found on Ancestry.com. Birth, death and marriage.
Historic Homes and Institutions and Genealogical and Personal Memoirs of Worcester County Massachusetts Vol. 1, ed by Ellery Bicknell Crane (1907) Available as a Google Books e-book.

I also have had assistance from the archivist and Longfellow’s Wayside Inn historian Richard Gnatkowski and Sudbury historian Lee Swanson.