I’m sure you have no trouble knowing what scones are, but there seems to be quite a bit of uncertainty about who first made them.  Was it the Scots in the 16th century? Was it the English? Is the name Gaelic, German or Dutch?

Whoever came up with the little cakes first, the British firmly embraced them for afternoon tea, perhaps as early as the 18th century , and then the British region of Devon came up with clotted cream from their Jersey cows, and although there’s no cream in the tea of a Cream Tea–the afternoon ritual generally includes scones, clotted (or Devon) cream. and strawberry jam.

I made AMERICAN scones. 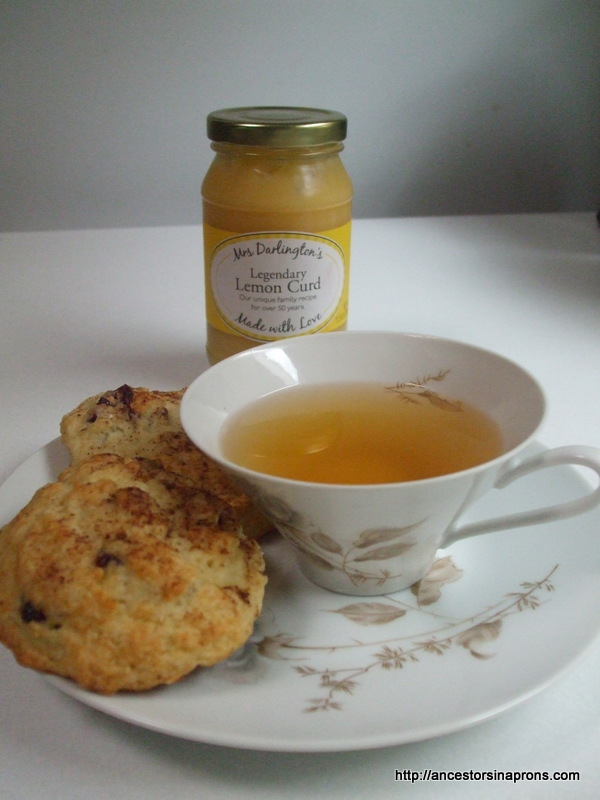 Tea and Cranberry Scones and Lemon curd served on my wedding china.

Read how WRONG the scones are when made with dried cranberries (an American fruit, for one thing. Horrors!) and dusted with cinnamon sugar–the way I made them.  PLUS. I served lemon curd instead of clotted cream. And no strawberry jam. Heaven forbid.  The Guardian’s article about “How to eat a cream tea” had me laughing out loud. Perhaps I should be watching out for those “hounds of fury” that will be unleashed upon me by a afternoon tea purist!

However, the article writer at the Guardian is not a stickler for traditon. He does not like clotted cream, and much prefers double-whipped cream anyway.  I concur, having dumped a jar of clotted cream because it tasted “off.” Whoops–that’s how it is supposed to taste!

So make the scones or not–your choice.  But DO read the Guardian’s article on how to eat a cream tea. You’ll be glad you did.

And just a personal word of thanks to my daughter-in-law Rene for presenting me with a variety of teas and clotted cream, lemon curd and raspberry curd which inspired this article.

For more about my ancestors and tea, see this post. 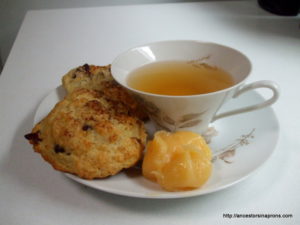 The history of Scones may be a bit fuzzy, and the toppings may be controversial, but this all-American version, drop scones using buttermilk and cranberries, is easy to make and palate pleasing. 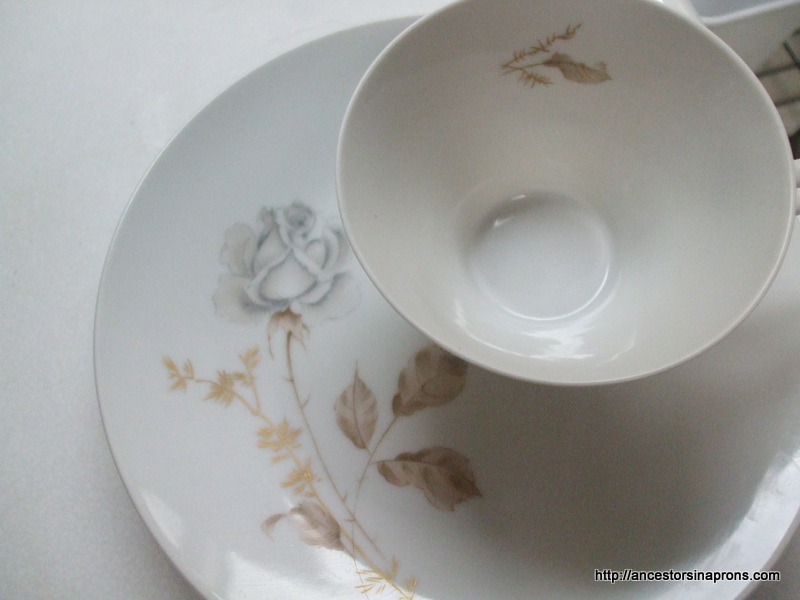 Forest Rose pattern Inside of cup and on salad plate

The plate and teacup in the picture above are from my wedding china, purchased in 1960.  The china is Hutschenreuther Forest Rose pattern, made in Germany.  Little did I know when we picked it for our wedding registry that it was made in Bavaria, the home country of many  of my ancestors.

This pattern is no longer in production. As of 2000, the Hutschenreuther line as been part of Rosenthal.   There is a very similar one called Continental made by Rosenthal, but mine has the hallmark and the distinctive pattern of the Hutschenreuther Forest Rose, with its gold leaf stem and leaves. 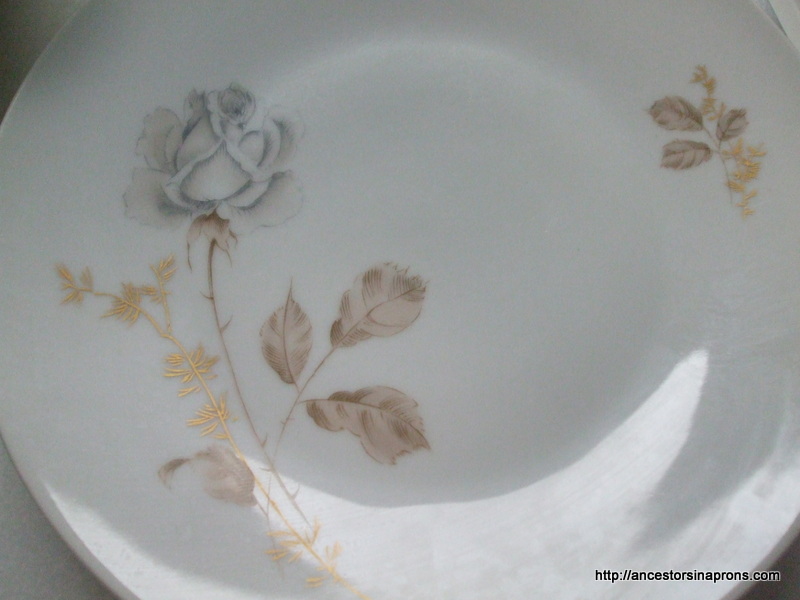 Description: A single white rose shadowed in gray, with stem and leaves in brown with gold leaf.  The hallmark Is a CM in a shield with 18 on one side and 14 on the other. Hutschenreuther and Hoenberg are inside an oval surround all of this, with Germany below the oval. This would indicate it was made in the original Carl Magnus Hutschenreuther (later merged and expanded several times). A more detailed history here. 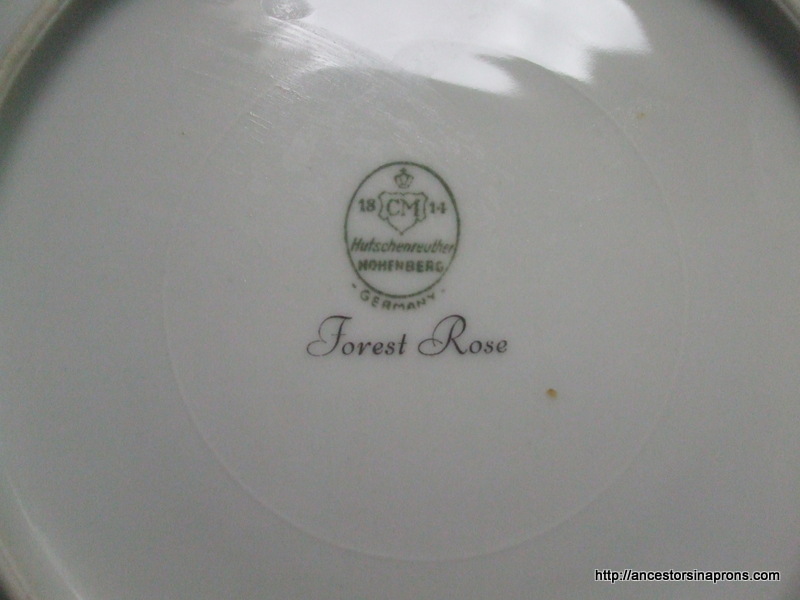 This has been another in my occasional posts on family heirlooms–in this case family collectibles rather than more valuable antiques.